The resurrection and the most astonishing miracle

I pray that the eyes of your heart may be enlightened in order that you may know… his incomparably great power for us who believe. That power is the same as the mighty strength he exerted when he raised Christ from the dead and seated him at his right hand in the heavenly realms…

The greatest, most important miracle in history is the resurrection of Jesus from the dead. The truth claims and credibility of Christianity down the ages, as well as the personal faith of millions in a risen Saviour, depend on the fact that Jesus really died, was buried, his tomb sealed and guarded securely, but then by God’s power, broke free, and was seen, heard and touched physically by hundreds of people. This past Easter Sunday, this glorious truth was proclaimed all over the world; the gospel stories have been told again to the fearful and despairing, the evidence presented to the sceptical, the call made to all to open our hearts to a Person (as in this sermon), and receive the new life which lasts forever.

The most important miracle, but not necessarily the most amazing. After all, Jesus is the Son of God; he had predicted his death and resurrection many times to his friends who, though committed to following him, who trusted his character and witnessed his power – even raising people from the dead - yet had not yet fully grasped his identity and his mission. So, as the angel said to the women at the tomb, “he is not here, he has risen, just as he said” (Matthew 28:6). In a recent blog, evangelist J John explains why the resurrection is the logical outcome of a universe in which an all-powerful, loving and just God exists. “Jesus had to be raised”. 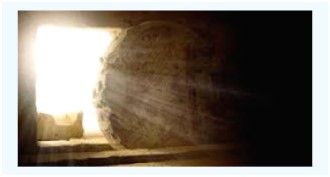 In many ways, the most astonishing miracle is not the fulfilment of Jesus’ predictions about his own resurrection, but rather the fulfilment of his prediction of something that seemed completely impossible at the time: “repentance and forgiveness of sins will be preached in his name to all nations” (Luke 24:47). It’s one thing for God in human form to rise from death – and we certainly should not be blasé about this! We continue to rejoice and praise God daily for the empty tomb and Jesus’s victory over death. But for a small group of confused nobodies to initiate a movement with global reach and which continues to grow to this day, is an extraordinary miracle .

Jesus had risen from the dead, but his own people, on whom any transmission of the knowledge of God had to depend, had just called for his execution in God’s own city. Those few who stood by him remained largely cowardly, clueless, lacking in faith, with minimal education and status in society. Surely the project of the chosen people was itself finished, dead in the water. And yet, to these people, Jesus said “go and make disciples of all nations”. Another miracle would be needed – the raising of God’s people from the dead!

A more realistic proposal from Jesus might have been: “go and tell your families what you have seen and learned”. Or, much more ambitiously, “revive your synagogues with the news that the Messiah had died and risen, and will come back to save them”. But instead, he gave this absurd command, commonly known as the ‘great commission’ in Matthew 28:19-20. Familiar as we are with this passage, we often summarise Jesus’ message as “go”, and interpret it as the need to do evangelism locally. Or, for a tiny minority of very keen believers, to do some kind of gospel work overseas. But in fact, Jesus was giving a core principle to the whole embryonic church: its mandate to teach the nations. Change the worldview of the Gentiles. Don’t just tell people Jesus is the King – establish his rule across the world. 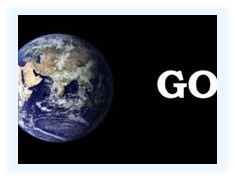 This could immediately raise accusations of the church’s connections with power and privilege down the ages. But that’s not what Jesus intended. He was speaking to those who, humanly speaking, were too weak and fragile even to survive as a small sect for a few years. Similarly down the ages, and today, while God has used empires, technology and movements of people for trade and conquest for the spread of the gospel, and while there have been many instances of wrong use of power in the name of Christ, the church seems to flourish and carry out the great commission where material resources and political control are in short supply.

While many movements have risen and fallen over 2000 years, millions of churches have been established, lives transformed, and the stories and principles of the Scriptures taken on board all over the world. How? It can only be explained by a miracle: the personal presence of the risen Christ, who said, simply, “I will be with you”. Our call to play our part in the work of “proclaiming Christ faithfully to the nations” can be fulfilled, weak as we are, because of that mighty resurrection strength available for us who believe.