The Jerusalem Declaration, Part 3: Orthodox Anglicanism is traditional and innovative

I waited patiently for the Lord; he turned to me and heard my cry.
He lifted me out of the slimy pit, out of the mud and mire;
He set my feet upon a rock, and gave me a firm place to stand.
Psalm 40 v1-2

By faith Abraham, when called to go to a place he would later receive as his inheritance, obeyed and went, even though he did not know where he was going.
Hebrews 11:8

The Spirit-filled church has always been innovative, yet settled. The witness of Scripture shows how God desires a relationship with his people which roots them in his love as they trust and obey him. And yet God keeps his people on the move. This can happen because of disobedience and the need to learn lessons, as with Adam and Eve, or the exile of the nation of Judah into exile. Movement and change can also be very difficult, but positive in the long term, as when Abraham was called by God to leave his homeland and travel long distances over many years. The rescue of the people of God from slavery in Egypt, such a powerful picture of our salvation from sin, evil and death, involved physical uprooting and travel to be settled in a new land. 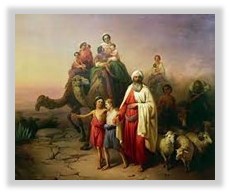 József Molnár: The March of Abraham

In the New Testament, after Pentecost, God did not allow the new believers in Christ to physically put down roots in Jerusalem, but pushed them out in mission to the world. At the same time, they passed on the stories and teachings of Christ verbally and in written form, and the apostles provided additional authoritative material to help ground the new churches in what to believe and how to live.

As the years passed, disputes arose on essential matters of doctrine and ethics. Councils of mature leaders would meet, guided by the Holy Spirit and the Scriptures, to agree on these contentious issues, reaffirming the truth and rejecting any errors which were creeping in to the life of some churches. And yet there was always freedom and innovation in how churches worshipped and engaged in mission locally, including preaching in different languages and developing structures and forms to suit different cultures.

The Anglican Church has always reflected this character of the church. A movement with mission in its DNA, creative in methods and adaptive to different cultures around the world. And yet, settled and at home in shared faith in Christ based on the Scriptures, and shared traditions of order and polity – where the church has come from and how it is governed.

Clause 3 of the Jerusalem Declaration firmly roots Anglicanism in the line of mainstream Christian tradition going back to those meetings of the early church:
We uphold the four Ecumenical Councils and the three historic Creeds as expressing the rule of faith of the one holy catholic and apostolic church. 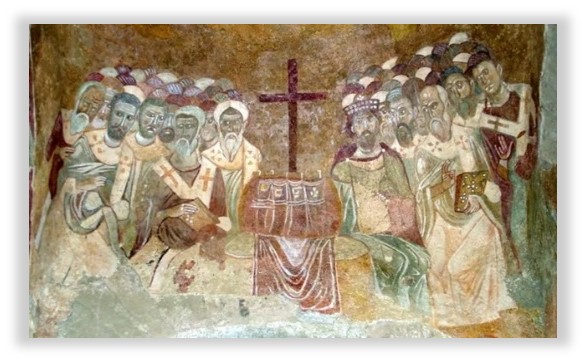 Clause 4 of the Jerusalem Declaration refers to part of the original ‘constitution’ of the Church of England:
We uphold the Thirty-nine Articles as containing the true doctrine of the Church agreeing with God’s Word and as authoritative for Anglicans today. 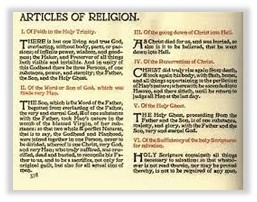 Thirty-nine Articles:
This founding document, written by Cranmer in a particular context, is not on a par with the Scriptures, but it is honoured as something more than just part of our shared tradition – a historical relic. It contains “the true doctrine”, it is a witness to God’s revelation, and that must be the foundation of our ‘settledness’ in our Anglican home.

Where can we find a model of a church that is rooted in the person of Christ, the teaching of the apostles, the wise controls of the early church leaders, and the sacrificial stand for truth of the Reformers? And at the same time, a church reflecting the dynamism of Spirit-inspired mission which is already multi-cultural and continues to take the gospel faithfully to all nations of the world? Attending a large global gathering like the Lambeth Conference just passed, should be an example of such a church. But today, the Anglican Communion is not settled. Many leaders especially in the West, have applied the notion of innovation to those things which should be unchanging and stable (see report in News 25 August 2022). The result is instability, confusion and disunity.

But as we see in the Bible and church history, God is not taken by surprise by this. He is using those faithful leaders, and millions of lay people, to take the worldwide Anglican church on the move again, to new initiatives of fellowship and mission across cultures, and new structures and expressions of Anglicanism from a firm shared base of biblical truth and historical traditions witnessing to it. Next year’s global Gafcon gathering in Kigali will be a wonderful way of appreciating this unity-in-diversity.