The Jerusalem Declaration: a summary of authentic Anglicanism

We rejoice in the gospel of God through which we have been saved by grace through faith in Jesus Christ by the power of the Holy Spirit. Because God first loved us, we love him and as believers bring forth fruits of love, ongoing repentance, lively hope and thanksgiving to God in all things. [From Jerusalem Declaration, Article 1]

The energy that drove the formation of Gafcon in 2008 came from a protest of righteous anger against injustice and wrongdoing, and against a lie originating in human philosophy infiltrating and endangering the church. The Jerusalem Statement, of which the Declaration forms the main part, talks about the crisis facing world Anglicanism:

“the acceptance and promotion within provinces of the Anglican Communion of a “different gospel” (cf Galatians 1:6-8) which is contrary to the apostolic gospel. This false gospel undermines the authority of God’s word written and the uniqueness of Jesus Christ as the author of salvation from sin, death and judgement…”

The story of how Anglican leaders from around the world formed the new movement of ‘confessing Anglicans’ which became Gafcon, is told in the book Being Faithful: The Shape of Historic Anglicanism Today (Latimer, 2009).

Despite gracious and patient advocacy by faithful Archbishops during the 1990’s and early 2000’s, events such as the consecration of Gene Robinson in the US (2003) and the presence of unrepentant bishops at Lambeth (2008) were said to have “torn the fabric of the Communion”. Arguments about sex and marriage were not in themselves the main issue, but the most obvious symptom of departure from biblical Christianity, resulting from influence of Western secularism in the church.

However, while concern about the threat of false teaching, and determination to resist it, has united Gafcon, this is not the main vision and message. Rather, “Gafcon is a spiritual movement to preserve and promote the truth and power of the gospel of salvation in Jesus Christ as we Anglicans have received it” (Jerusalem Statement, opening paragraph). In other words, Gafcon means global Anglican evangelistic mission.

The rise of a different gospel means urgent action needs to be taken to protect the integrity of the message and the freedom of the messengers. But gospel ministry is both about “guarding” and heralding” the gospel. So, the Jerusalem Declaration begins, in its opening Article, with rejoicing and thanksgiving, focussing on God and what he has done. Hence the positive start to the document:  “We rejoice in the gospel of God”.

This phrase echoes the first verse of Romans. The Good News is from God; it is his message, not something the apostles or the church have invented. It is supernatural; it is about being “saved…by the power of the Holy Spirit”. In some Anglican circles this language might cause embarrassment, but for Gafcon the gospel is deliberately described in evangelical and Pentecostal terms, set against nominal, ritualist or liberal ‘social work’ Anglicanism.

Why do we need to be “saved”? Article 5 explains more, mentioning sin and judgement. In Article 1, the gospel of salvation is presented as God’s gracious work, rather than good people adding some spirituality to their lives. And salvation is “by grace through faith in Jesus Christ” – not through baptism. The sacraments are referred to in Article 6 and seen as important as a means of grace to believers, but they do not save in themselves. 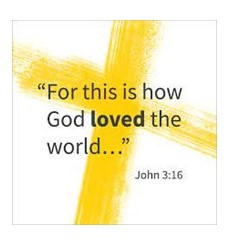 “God first loved us” is another phrase which reminds us of the contrast between the biblical world view, and secular corruptions of Christianity which put human thought and activity first. We do not find out what God is like from our own experiences of love; nor is our love a ‘work’ to get us closer to God. Rather, human love is derived from God’s character as Father; our love for him and others is a response to grace, and a fruit of the Spirit.

Gafcon is sometimes accused of “hate” and “self-righteousness”. These terms of abuse are familiar to all in the West who retain conservative views on sex and marriage, and they can intimidate faithful believers into silence. But Article 1 of the Jerusalem Declaration makes it clear that Gafcon is a fellowship of those who seek to respond to God’s love and to show it to others, and to do so in an attitude of “ongoing repentance”, as we are all sinners.

God’s love brings “lively hope”, because “Anglicanism has a bright future!” (Jerusalem Statement, opening paragraph). There is a crisis, but Gafcon aims to “make disciples of all nations and to build up the church on the foundation of biblical truth”. And we are committed to this with an attitude of “Thanksgiving to God in all things”!

If you are committed to biblically faithful Anglican mission in Britain, and developing a vibrant movement for faithful confessing Anglicans worldwide, please join Gafcon GBE.