Reading and listening to many of the comments about the late Queen Elizabeth, it was noticeable that her Christian faith was mentioned repeatedly – and by the secular media, not just evangelical churches. And it seemed, for a few days, that the idea of God as the ultimate authority was formally acknowledged in the nation, beginning with the Declarations of King Charles and the herald to the Accession Council and other ceremonial events. Then, in commentary about the symbolism surrounding the monarchy at the funeral: the crown, the orb with the cross on top, and the Archbishop of Canterbury’s address. This focussed not on a long list of achievements by a famous earthly leader, but a brief and clear message about the resurrected Christ as universal judge and Saviour, and a much-loved woman’s faith in this God motivating her to a life of service. 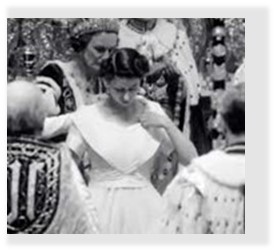 Queen Elizabeth, in a plain white dress, prepares for her anointing before her coronation in 1953.

We should give thanks for the way the national Church was able to witness in this way when given such an opportunity. But there have been times in recent history when the late Queen seemed to be consciously taking the initiative to talk directly to the nation about Christ while at the same time, the church had appeared to lose confidence to proclaim the gospel in the public square. In contrast to the Queen, has the church been afraid of a hostile reaction, or even unsure of the content of this gospel?

With a high profile death, and funeral rites full of tradition, something in the psyche of the population much deeper and older than recent secularism is stirred, which links monarchy, values of national and community heritage, and death of a beloved grannie, to the idea of the transcendent and the stories about the Christian God remembered from pre 1990’s RE lessons and even Sunday School. As many churches have found in recent days, people might, for a short time, be open to a conversation; they might read a booklet; they might even accept an invitation to a church service.

But there are also challenges. As we talk about the Queen’s faith, the danger is that it is presented as a gift she had, not open to all, like an ear for music. Or it is seen as a hobby which helped her to cope with life, like some people go cycling or collect stamps or do cross-stitch. At times of emotion when there are mass gatherings, everyone is a believer – in the sense that they can buy in to something temporarily which they know is just make-believe and which will dissipate in the morning. Instead, true faith is based on the conviction in the cold light of day, that it is God who is real, and the fantasy is the idea that my conscious self is the centre of things. 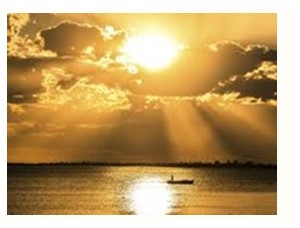 Repentance, then, means turning away from this profoundly wrong worldview of secular humanist individualism, and turning to the worldview of the bible, to which the Queen’s public utterances and displays of faith and the ancient Christian trappings of monarchy bear witness. We reject the idea that God, the structures of the natural world and human authority represent something inherently oppressive, from which the self must break free to be ‘authentic’. Instead we affirm that God has enthroned his anointed Son in Zion, that all human authority derives from him, that the correct response of human sovereigns is to bow before him, to model servanthood in power; that all humanity regardless of status can “take refuge in him” (Psalm 2). That God is our creator and we derive our purpose and identity from relationship with him through Christ and in him by the Holy Spirit, not from inside ourselves.

The Christian message is always presented in a context. The late Queen, in planning her funeral, no doubt was determined to remind the world of the gospel message in a secularised culture where it has been hidden. Similarly, the summary of biblical faith presented in Article 5 of Gafcon’s Jerusalem Declaration comes into sharpest focus when seen in the context of the secularising of theology in the West:
We gladly proclaim and submit to the unique and universal Lordship of Jesus Christ, the Son of God, humanity’s only Saviour from sin, judgement and hell, who lived the life we could not live and died the death that we deserve. By his atoning death and glorious resurrection, he secured the redemption of all who come to him in repentance and faith.

The purity and power and glory of the gospel is seen at its best when contrasted with human attempts to make sense of life without the biblical God, and the false counterfeit gospels in many churches. As we have seen at the recent Lambeth Conference, innovations which deny God’s word cause division in the church, “tear the fabric” of the Anglican Communion,  and do not offer eternal hope, while mutual submission to Christ as presented in Scripture, which Gafcon stands for, brings unity and security in troubled times.
. . .

Some other recent articles on the Monarchy, Western culture and Christian faith:

Cranmer’s Collect, the Christian voice of hope. Julian Mann, writing in 'The Conservative Woman’ blog, says:
"Paul’s teaching as reflected in Cranmer’s Collect [recited at the Queen's Funeral] reminds Christians that they should view death very differently from the non-Christian world around them. The Christian hope of eternal life with Christ after death frees people from a life of purposeless hedonism and despairing selfishness."

Defender of the Faith or defender of faith? Lynda Rose, writing in Christian Today, is concerned about possible erosion of Christian distinctiveness in the new Monarchy:
"Let us not compromise our fundamental and foundational beliefs out of failure to appreciate and acknowledge the differences between different religions – or indeed between religion and secularism – and for fear of offending those who pursue a different and inconsistent agenda." 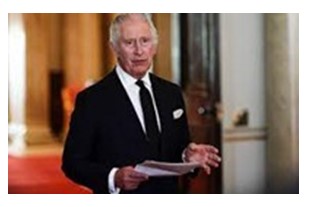 On the other hand, 'Archbishop Cranmer' has a more generous interpretation of King Charles' views in his blog:
"In pledging to defend ‘the space for faith itself, and its practice’, he committed himself simply to defending freedom of religion. There is no shift here to being ‘Defender of Faith’ or ‘Defender of faiths’, as is being reported."

The Christian Core of the West and the Need for Renewal. A comprehensive summary of a lecture by cultural commentator and social historian Os Guinness, reported on the Juicy Ecumenism blog.