Church of England: discussions and decisions on sexuality (again!)

The Church of England is at a critical juncture, as senior bishops call for major revision to teaching and practice on sex and marriage, and no bishops are publicly defending the biblical position, which is still the official teaching of the Church of England. The Archbishop of Canterbury has said that disagreements over sexuality should be regarded as ‘adiaphora’, where different views can be held together within the same church. Appointments of people in same sex relationships to leadership positions are now commonplace.

The College of Bishops meets again on December 12th, and many are awaiting further ‘steers’ for General Synod which meets in February. In an email from CEEC, Bishop Keith Sinclair and Canon John Dunnett say: “Please pray for them [the bishops] as they prepare to meet…ask God to guide them to hold fast to biblical truth”. Those who have signed up to CEEC newsletters   are invited to corporate prayer by Zoom as the bishops meet.

Gafcon GBE fully supports all who remain in the Church of England, who are standing firm for biblical truth in local congregations, in evangelical fellowships and in Synods. We applaud initiatives to alert bishops to the consequences of a liberalisation of teaching and practice in the area of sex and marriage. We commend the recent letter from retired Archbishop Mouneer Anis, on behalf of GSFA, who warns that such a move by the Church of England would harm the reputation of the Archbishop of Canterbury across the world and may make it impossible for him to continue leading the global Communion. 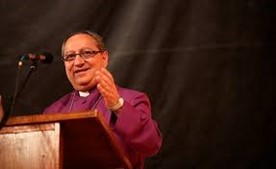 Gafcon GBE also stands with those who believe more robust approaches are needed, both to preserve faithful biblical witness within the Church of England, Church in Wales and the Diocese of Europe, and to maintain and grow authentic bible based Anglicanism to be maintained within jurisdictions outside the Canterbury-aligned structures, such as the Free Church of England and the newly formed Anglican Network in Europe.

At the end of November, the results for the 2021 census were released, making  public a mass of data about UK society; not just facts and figures about population, housing and finance, but also what people think about themselves and their communities, including whether they have religious belief.

This has led to a large number of interviews, podcasts, articles and blogs, from secularists, Muslims, and Christians of various types, celebrating or lamenting the apparent demise of Christian faith. The figures, and the experience of most of us, show clearly that for those who believe in the truth of the gospel and want to see Jesus honoured in individual lives and in the public square, the growing number of those with not even nominal adherence to faith is a serious missional challenge. As has been pointed out a number of times, the church will not succeed in such an environment if its leaders are unsure about the message, and try to court popularity by imitating the world’s agenda. Instead, while contextualisation, creativity and innovation are needed in evangelistic methods, and in keeping those we already have (for example, children of Christian families), mission must be based on the unchanging Word of God and trusting in the power of the Holy Spirit.

Less than half of England and Wales population Christian, Census 2021 shows, by Rachel Russell, BBC News
After the 2021 census, the Church needs a more positive and dynamic strategy, By J John, Christian Today: “…what is needed is not a stripped-down creed tuned to the prevailing mood of the culture.”
2021 Census: Christianity can flourish in the margins of society, by Danny Webster, Evangelical Alliance: “the value and importance of Christianity in society may be underestimated and overlooked - we need to continue to advocate for the positive influence of Christianity in public life.”
Is Britain no longer a ‘Christian’ country? by Ian Paul, Psephizo
After Christianity, what on Earth next? By Simon Caldwell, TCW: "What these secularising trends demand from Christians are not conformity, compliance and invisibility but a principled spiritual and practical resistance and a commitment to a new evangelisation." 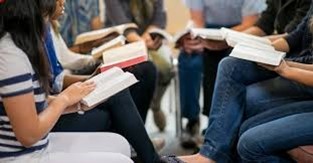 “Time and again, the Faith has to all appearances gone to the dogs. But each time, it was the dog that died.”  G.K Chesterton.

Martin Davie has started a series of short articles on different worldviews in the plural society that we inhabit, entitled “Welcome to the Multiverse”.

The season of Advent is always a great opportunity to share the message of the gospel, and for churches to engage with those who rarely or never think about Jesus except at this time. As we pray and prepare for Christmas events, social outreach and gospel communication now, let’s remember that we are part of a worldwide family where the remembrance and preparation for Christ’s coming is being celebrated and proclaimed again in many different cultures.

In his book ‘Resilient’ (Nelson Books, 2022), John Eldredge begins by outlining a common syndrome: many are exhausted, mentally fragile, perhaps fearful or angry. This is partly due to the effects of the pandemic, but also the busyness of life and disappointments in relationships and ministry. The yearning “for things to be good again” is strong, and sometimes results in bad decisions which make the internal problems worse.

Eldredge goes on to suggest that the yearning for a better life, never fully satisfied by nice holidays or hobbies, “might it actually be pointing to something wonderful? If the heavens are thrilling as they stage for the return of Christ, if the battle on earth is raging, if Christ himself is standing at the door, wouldn’t our hearts recognise it? He who is our…deepest desire, and most sincere longing, is drawing near, nearer than ever before…our hearts are responding to the imminent return of Jesus…as the Hero approaches from his long sojourn, his bride knows in her heart that he’s coming…”

May our hearts be thrilled with the story of Christ’s incarnation, the present reality of his Holy Spirit with us, and the certainty of his future return, for righteous judgement of the world and salvation of his children!

The Fourth Gafcon global gathering is due to take place in Kigali, Rwanda, on 17-21 April. It will be a wonderful opportunity to hear about gospel mission around the world, to meet faithful Anglican believers from different cultures, to become better informed on challenges and how to work pray with one another and with Christ as he builds his church. reparations are well advanced, and many hundreds from around the world have already booked their places.

Dr Munro, who is 59, has been the Rector of St Mary’s, Cheadle, in Chester diocese, for 19 years, and Rural Dean of Cheadle for the past six years, and a member of General Synod since 2005.

Gafcon GBE congratulates Rob on his appointment, and looks forward to a continued good working relationship, in the same way that we did with his predecessor Rod Thomas. Rob has attended all the previous Gafcon global conferences