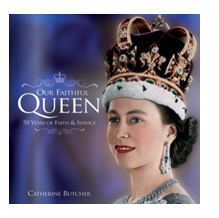 The Queen, a voice of calm unifying the church, by Catherine Pepinster, Religion News Service

“there had been this trend for people to light candles in windows at the time, a secular thing, and some bishops joined in but they didn’t have anything to say that was particularly about faith. But the person who spoke about faith — at a time when churches were shut, when you couldn’t go to an Easter service — was the Queen. She has become a rare voice. The Queen’s witness is increasingly countercultural.”  [Quoted from Marcus Walker, Vicar and Anglican commentator, speaking of the Queen’s ministry during Covid.]

Praying for the persecuted church: Nigeria

Bishop Andy Lines has received an update on the situation in Northern Nigeria and a plea for prayer support, from an Anglican bishop in a Diocese there. “The Church in Nigeria is face to face with a jihadist movement, whose sole aim is to terminate the church, and to stop the activity of the proclamation of the gospel of Christ,” he says.

Boko Haram and Fulani terrorists invade villages, kill and main people “gruesomely”; they kidnap for ransom, operating “unhindered” as they target Christian communities over vast areas. They have attacked vehicles on roads, trains and even an airport “with military skill”. 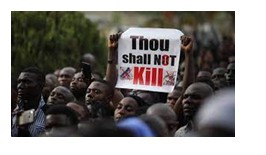 The bishop asks us to pray with him and his people: “Lord arise, and let your enemies be scattered”. He continues: “We also pray for the church in Europe, where persecution is different – the postmodern world is opposed to the gospel. But we must continue to proclaim it in the liberty of the Spirit”.

Persecution in secular Europe – an example.

An 18 year old girl was forced to leave her school and complete her A level year at home, because she dared to question a visiting speaker who promoted transgender ideology. Other pupils insulted and physically attacked the girl, and teachers not only failed to defend her, but blamed her for causing trouble. Commentator Joanna Williams says:

In the minds of many teachers, promoting intellectual curiosity and facilitating debate have been replaced as key goals of education by the need to promote woke dogma. These teachers seem to have so lost touch with their core moral purpose that they can no longer even be trusted to keep pupils safe in school.

Stories like this are sadly not uncommon. Gafcon warned in its original Jerusalem Statement (2008), that “militant secularism” is not neutral, but will lead to a “compromised and enfeebled” church, and spiritual decline in the West. It is taking secular people with common sense to wake us up!

All who receive the Gafcon Global mailings will have seen the first of series of news items giving information and encouragement for prayer for the conference taking place in April next year. Highlights are Archbishop Ben Kwashi’s welcome video, news of the preparations, and information about Rwanda, the birthplace of the East African revival. Invitations to the conference will be sent out soon.

The Church of England Evangelical Council has launched a series of four short videos to help churches to engage biblically with issues around human sexuality. The first two films are available to view on YouTube.

The first film addresses “silence” within many evangelical churches on the topic. Why is this? There may be anxiety about causing offence, lack of confidence in being able to articulate what the bible teaches, or fear resulting from hidden personal experiences. But meanwhile all the time, Christians are being encouraged to follow the messages of our culture, about the value and identity of self being defined by sex and gender. 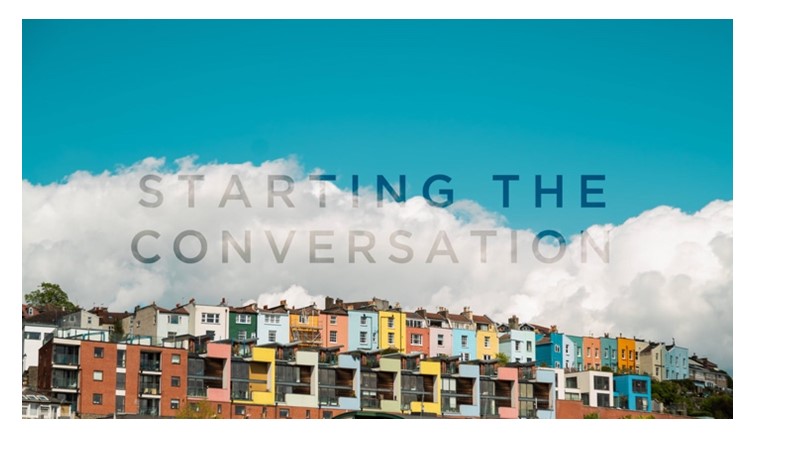 The second film gives some initial pointers to how conversations might be started in church settings.

The next two instalments will address why issues of sex and marriage go to the heart of the Christian gospel, and therefore why they cannot be seen as ‘adiaphora’ (ie, things on which Christians can agree to differ). Lastly, there will be an introduction to the contentious matter of how radically differing understandings of the meaning of Scripture and what it means to be human can coexist within the same church. If changes are made to liturgy, doctrine or practice within the Church of England, might it lead to some kind of “differentiation”?

The films are useful for any bible-believing church, not just for those in the Church of England. Pray that they would be used to develop counter-cultural discipleship.

Cost of living crisis: how should the church respond?

Bank of England governor warns of ‘apocalyptic times ahead’:

Andrew Bailey has warned that rapid price rises will cause severe hardship for many, and potentially starvation in poorer parts of the world. ‘Archbishop Cranmer’ comments:

“There are rough times ahead; perhaps even social chaos, global terror, and distress and confusion among the nations.  Andrew Bailey may have pushed the linguistic threshold of political economy, but in doing so he reminds us of what the Bishops of the Church are not doing: warning of the apocalyptic signs of the End, and telling the world that time is indeed short.”

At a time when the loudest chorus of voices is for the government to “do more”, there are opportunities for the church to increase intercession, to provide relief through ordinary acts of kindness in family and community, to proclaim that the Lord is in control, and hold out the urgent call to repentance and faith in Christ.

The General Synod of the Anglican Church of Australia ended on 14th May. It was preceded by a lot of media attention, as issues of sexuality and marriage were due to be discussed. The conservative Anglican Church League published a book in advance of Synod: The Line in the Sand (summary and link to free download here).

During Synod, a motion affirming a biblical view of marriage was passed by laity and clergy, but a majority of bishops voted against it. David Ould reports how on more than one occasion, motions calling for unity were made, but amendments were rejected which tried to base unity on agreed doctrine.

Gafcon GBE stands with faithful Anglicans in Australia in prayer, and takes note of the warning of another example of the trajectory of Anglicanism influenced by Western secularism.

The Synod of Anglican Mission in England will take place on 18 June.

The Free Church of England annual Convocation met physically for the first time in three years from 9th to 11th May 2022 at The Hayes, Swanwick. Delegates from both the UK, Germany and France attended, while our clergy in Brazil followed proceedings via Zoom. The main speaker was Bishop Alan Hawkins, Chief Operating Officer of the ACNA and head of the GAFCON Church Planting network.

Please continue to pray for the growth of these Anglican jurisdictions.