Lambeth Conference: rift grows between the Archbishop of Canterbury and non-attenders.

Justin Welby’s open letter to the Primates of Nigeria, Rwanda and Uganda, also signed by Josiah Fearon, General Secretary of the Anglican Communion, was released on 27th May. The letter criticises the decision of the African leaders to decline the invitation to attend the Lambeth Conference, which begins in late July, as “unbiblical”. It accuses them of divisiveness and even suggests that they are uncaring of the poor.

In response, Archbishops Mbanda and Kaziimba, both members of the Gafcon Primates’ Council, have written a strongly worded rebuttal, saying that discussions about poverty and climate change are “virtue-signalling”, and “sweeping under the carpet the reality of a fractured Communion, because of the serious issue of human sexuality.” 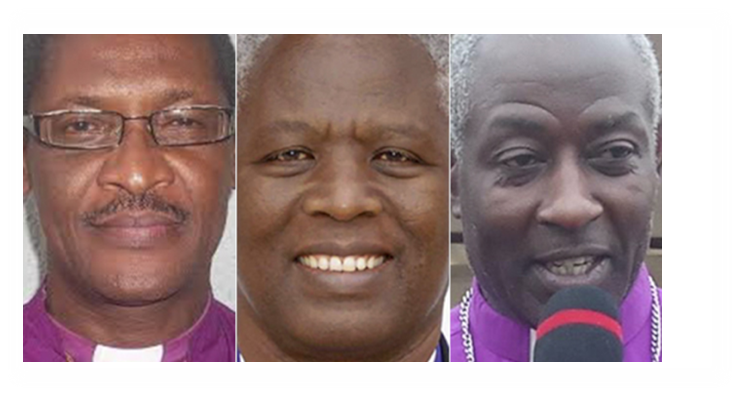 More commentary from a UK perspective can be found here, here and here.

Global South delegates attending the Lambeth Conference: media and chaplaincy assistance to be provided by GSFA and EFAC.

Bishops from Rwanda, Uganda and Nigeria, along with some others aligned with Gafcon around the world, will not be attending Lambeth, because of longstanding differences over sexuality and other issues of doctrine and process as reported above. However a large number of orthodox bishops will be attending, including from Gafcon-aligned Provinces. They support the views and stance of those staying away, but for various reasons feel it is better to attend.

Many of these bishops are part of the Global South Fellowship of Anglicans and also the Evangelical Fellowship in the Anglican Communion. These organisations will be providing help in linking the orthodox with each other, providing briefings on key issues, and managing interface with media.

The Global South delegates have issued a ‘Call To Prayer’ to ask God to give them “wisdom, faithfulness to scripture, winsomeness and grace” as they gather at a conference which has been designed to limit conversation on controversial topics dividing the Communion.  The Archbishop of Canterbury has so far refused the formal request by Global South leaders to give delegates an opportunity to ‘reaffirm the 1998 Lambeth Resolution1.10’ in fact there will be no resolutions at the Conference, only “calls”.

Please pray for the witness to biblical truth both by faithful bishops not attending and by those attending the Lambeth Conference, and that there will be increasing unity between Gafcon, GSFA and EFAC in the months to come.

Anglican Futures will be hosting an evening of prayer for worldwide Anglicanism, informed by interviews and reflections from around the world. Details of how to join this online meeting can be found here.

UK: church attendance continues to decline. Is there a solution?

John Hayward’s research shows that many churches and even whole denominations do not have a sufficiently high “R number” to win new members ; some will cease to exist in this century. However, growing churches “hold firm to historic Christianity... I propose that their confidence in the authority of Scripture enables them to stand against progressive ideology and drives their efforts in making disciples." 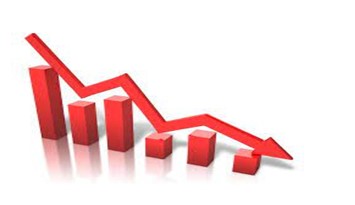 Christianity Magazine has collected a wide variety of opinions on what to do about church decline, from 12 well known Christian leaders.

The General Assembly of the Presbyterian “Kirk” has approved the solemnisation of same sex marriages for churches and ministers who want it. The decision to make it optional is, according to commentator David Robertson, part of a long running scheme to balance following the progressive values of the culture and gaining approval from the government, while at the same time keeping evangelicals in the denomination. Meanwhile the Church of Scotland has also taken a progressive view on ‘conversion therapy’ and transgenderism - comment from Christian Concern here.

But the liberalising trajectory is aligned with numerical decline. Now fewer than 300,000 members, and deficits of millions of pounds predicted for the next five years, according to one report.. A similar trend can be seen in Scottish and Welsh Anglicanism.

There are calls for new models and initiatives for mission.  So for example, Rev Stephen Hance, the CofE’s ‘national lead for evangelism and witness’ has urged the church to “recover its confidence in God’ following publication of research showing that nearly two-thirds (62 per cent) of the UK population were either indifferent or dismissive of church and faith.  But who is interested in a church with no distinctive message?

Faithfulness to the word of God and prayer do not guarantee church growth and material prosperity, but abandoning God’s clear guidelines does appear to guarantee numerical and financial decline. Let’s pray that Christian leaders grasp this and have the courage to act on it! And meanwhile, some churches are growing… 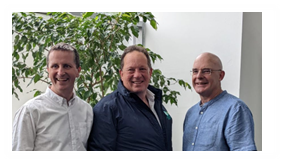 At their Synod which took place on 18th June, Anglican Mission in England announced that Tim Davies and Lee McMunn will serve as Assistant Bishops under the leadership of the Convocation Bishop and Presiding Bishop of the Anglican Network in Europe, Andy Lines.

“After a thorough process of references, conversations and interviews the three clergy and three lay representatives on the Bishop Election Committee confirmed the two candidates without reservation”, said the press release.

In a statement, Bishop Andy explained that the new Bishops will continue in their roles as Senior Ministers of growing churches, but will be able to devote some time to assisting in ordination and confirmation, and in providing personal support to clergy and model shared leadership in a growing movement. “We are keen to prepare for the future with more congregations planted and other existing congregations joining… ACE, our sister convocation, also has plans for developing a strongly relational episcopacy in the context of growth”, he said.

Please pray for AMiE and for all Anglicans sharing in mission on the basis of commitment to biblical truth.

‘Conversion therapy ban’. James Kennedy’s article ‘A new blasphemy law?’ explains in clear, simple and non-religious terms why all reasonable people should oppose what would amount to policing of private conversation.

Euthanasia. Campaigners continue to press for change in the law through advocates in Parliament. The latest in a long series of attempts failed to win government support in early May, but many Lords and MP’s are in favour. A new campaign, “Our Duty of Care” has been set up for all in the medical profession to indicate their opposition to “physician-assisted suicide”.

Religious Education: an amendment to an education bill in the House of Lords, aiming to replace “collective worship” with ‘inclusive assemblies’, was withdrawn after a debate. The Bishop of Chichester questioned what would be taught in these explicitly non-religious meetings. Other Lords backed him up, by stressing the importance of religious literacy for young people. Christian Institute report here.

The elderly are sometimes seen as a problem or sidelined. But the wisdom and ongoing ministries of retired people is a tremendous resource for the church’s mission. See this interview with an 86 year old who translates Christian articles and books.

Please pray for ongoing freedom for the church to call people to repentance, to faith in Christ and to follow God’s principles; pray for the upholding of the sanctity of life, and continued open doors for the gospel into schools and homes for the elderly.

And finally – do we need an orthodox Anglican glossary? 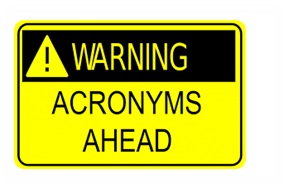 Acronyms “create useful shorthand for those in the know but can be confusing, and sometimes intimidating, for those looking on.”

Here is something to help explain…

A “dummies guide” to the plethora of organisations and acronyms linked to faithful Anglicans in the UK and Europe.

If you are committed to biblically faithful Anglican mission in Britain, and developing a vibrant movement for faithful confessing Anglicans worldwide, please join Gafcon GBE.